The Society notes with sadness the passing on November 7, 2018, of Professor Alan Watson at the age of 85. He was a giant in the fields of Roman and comparative law, as the Society recognized when it awarded him its Lifetime Achievement Award in 2012. In 2005, his colleagues at the University of Belgrade established in his honor the Alan Watson Foundation, dedicated to international cooperation in the fields of comparative law and legal history. Curiously his given name was actually William Alexander Jardine Watson, but he was known to everyone as Alan Watson, and that is the name under which most of his numerous articles and books were published.

Alan was a prodigious scholar, publishing nearly 150 books and articles, and he was well-equipped to be a comparative scholar with his mastery of more than a dozen languages. He was first and foremost a world-renowned expert on Roman law, which was the first focus of his career. He wrote his doctoral thesis on Roman law under the supervision of David Daube at Oxford. In addition to the many books and articles he published in the field, he will long be known as the editor of the second edition of the definitive four-volume English translation of the Digest of Justinian, the most significant collection of original Roman law writings that has come down to us. The translation and publication was a project that took seven years and for which Alan assembled a team of thirty specialists. 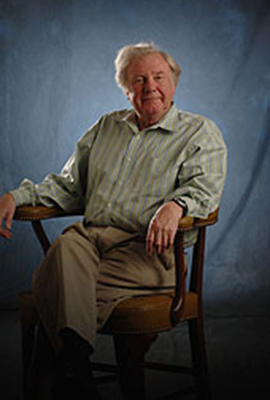 His work extended way beyond Roman law and includes comparative law more generally, legal history, and law and religion. He wrote books about the law in the Gospels, including the trial of Jesus, and one of his last books is a blistering critique of American legal education. In each field in which he wrote, he challenged conventional understandings and added new insights. Alan’s early work transformed our knowledge of law in the Roman Republic by disputing the commonly held view that the Digest, which purports to be excerpts from the writings of leading jurists of the Republic and the beginning of imperial rule, was full of interpolations reflecting the law of the much later Byzantine period, when it was compiled. Alan argued that there were very few interpolations as to substance in the law of the Digest and that the law of the period reflected in the Digest often differed substantially from later Roman law.

His book Legal Transplants: An Approach to Comparative Law (1974; 2d ed. 1993) gave us the now widely used term “legal transplants” to describe legal ideas and institutions from one legal system that are taken up into another. But it also challenged conventional thinking about comparative law by arguing that comparative law as an academic discipline should be centered on a study of the relationship between one legal system and another, and especially on the borrowings that one such system has made from another, because this kind of study best enables us to see the factors that shape legal growth and change. For this reason, Alan insisted that a study of legal transplants should be at the center of comparative law. In Society and Legal Change (1977; 2d ed. 2001), Alan built on his focus on legal transplants to challenge those who would see a tight connection between society and law. He argued to the contrary that much law that is dysfunctional, inconvenient, or even contrary to the interests of the elites who have the power to change the law nevertheless stays in effect for long periods of time, even for centuries in many cases.

He also lectured widely around the United States and the world, including in such countries as Italy, Holland, Germany, France, Poland, South Africa, Israel, and Yugoslavia. He was involved in discussion about the development of a common law for the European Union, and at the request of the U.S. Agency for International Development (USAID), he worked with a colleague to revise the draft civil code for the Republic of Armenia.

The Society extends its sympathies to Alan’s wife Professor Camilla Emanuel Watson at the University of Georgia School of Law and to his three children and three grandchildren.